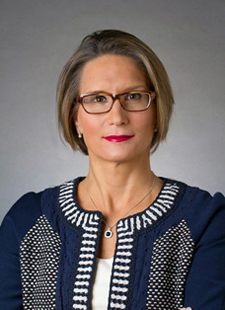 Maechler, 45, will join the three-member board of the Swiss National Bank on July 1, the first woman since its creation in 1907.

“She has always been intellectually curious and also very professional and composed,” Hutchison said. He attributes Maechler’s technical strengths and leadership qualities to his success in the world of international economics.

At UC Santa Cruz, she worked with Professor KC Fung who is on sabbatical at the University of Hong Kong. In an email to his colleagues on Wednesday after learning of Maechler’s appointment, Fung said, “I think this is a wonderful thing for our department and for our university. I am happy for her and I am proud of her.

Fung and Maechler have published several articles together, including one in 2000, “Can a cleaner environment be good for business?” », Which follows his thesis on international environmental trade.

In a statement on Wednesday (December 17), the Swiss government said Maechler was chosen because of her proven skills. ‘”In more than 16 years of professional activity, she has acquired a solid knowledge in the field of international monetary affairs and financial stability.”

Maechler is currently Deputy Division Chief in the Department of Global Market Analysis at the International Monetary Fund in Washington, DC She previously worked for the Organization for Economic Co-operation and Development, the United Nations Conference on Trade and Development, the World Trade Organization and the European Systemic Risk Board.

At the SNB, Maechler will head the department responsible for the banking capping of the Swiss franc against the euro. It will also be responsible for managing the SNB’s foreign exchange reserves of around 460 billion Swiss francs ($ 474.81 billion).

Maechler joins a small group of women in senior positions in the central bank, including Janet Yellen at the US Federal Reserve, Sabine Lautenschlaeger at the European Central Bank and Christine Lagarde, Managing Director of the IMF.

Prior to attending UC Santa Cruz, Maechler completed undergraduate studies at the University of Toronto and also studied at the Graduate Institute of International Studies in Geneva and the Institute for Advanced Studies in Public Administration. from Lausanne.