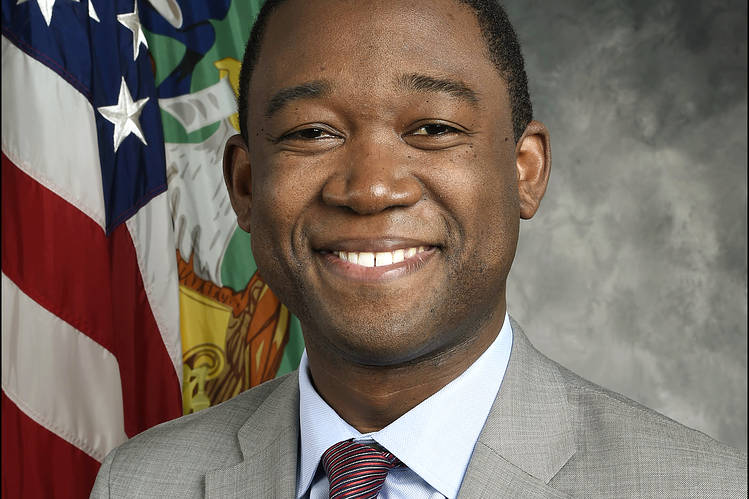 Ms Atkinson has held her current position since June 2013, which includes coordinating the United States’ participation in the annual summits of the Group of 20 and Group of Seven countries. Ms Atkinson has also played a key role in the negotiations on the climate recently concluded in Paris and in promoting the White House trade agenda, including the Trans-Pacific Partnership trade deal.

Mr. Adeyemo, 34, has joined the White House National Economic Council as Deputy Director this fall of the Treasury, where he most recently served as Deputy Chief of Staff to the Secretary Jacob Lew. He was the Treasury’s chief negotiator on the foreign exchange deal that was part of the Pacific trade deal.

Mr Adeyemo also worked on the Treasury’s response to the crises in Ukraine and Greece and in 2010 was one of the first officials tasked with lifting the Consumer Financial Protection Bureau.

In a statement, Mr Obama thanked Ms Atkinson for her service and said he was grateful that Mr Adeyemo continued his work. Mr Adeyemo had been appointed by Mr Obama as Assistant Secretary to the Treasury for International Markets and Development, but a White House official said Mr Adeyemo had asked the president to withdraw his appointment in view of his new role.

Mr. Lew said Mr. Adeyemo had “developed a network of international relations in economic offices around the world to effectively promote American interests.” Former Secretary of the Treasury Tim geithner said Mr. Adeyemo, who joined the administration in 2009, was a “natural diplomat with a great sense of politics”.

The position served as a springboard to even more prestigious international financial positions. Michel froman, who is currently the United States Trade Representative, served under Mr. Obama and President Bill clinton. Federal Reserve governor Lael Brainard, who was previously a senior treasury official in the Obama administration, served in the Clinton administration.