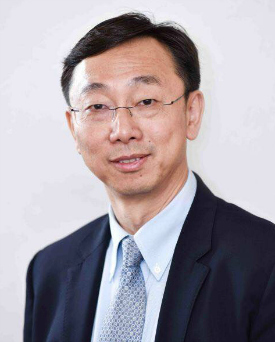 The IMF, based in Washington, DC, is made up of 189 countries, working to foster global monetary cooperation. Its main objective is to ensure the stability of the international monetary system.

Two UCSC graduates on IMF board

Zhang is no stranger to the IMF. He served on the organization’s board from September 2011 to early 2015. In 2014, he was one of two graduates in international economics from UC Santa Cruz among the 24 executive directors of the IMF. Zhang represented China. The other UCSC graduate, Alvaro Rojas, who obtained his doctorate. in international economics in 2004, represented Argentina, Bolivia, Chile, Paraguay, Peru and Uruguay.

“I had the honor of working with Tao Zhang on the IMF’s Executive Board, where I witnessed his in-depth contributions to technical discussions as well as his diplomatic skills in bringing China’s views to the fore. Said Rojas, currently senior external consultant for the Inter-American Development Bank. “As the representative of China, the world’s second largest economy, he has always been well aware of the growing importance of representing the views of his country.”

Global reach of the program

“It is also proof of the global reach of the doctorate. program has had over the years because we have been fortunate enough to study as foreign students from China and, in my case, Chile. As a UCSC graduate, I will always feel a part of the UCSC community.

Another doctorate in international economics from UCSC. A graduate, Andréa Maechler, who has also worked with the IMF, currently sits on the board of the Swiss National Bank, the first woman to do so.

Zhang’s appointment was widely anticipated when he was appointed deputy governor of the People’s Bank of China in May. Zhang becomes the second Chinese national to hold the post of deputy general manager, after his predecessor Zhu Min, who resigns later this month.

Zhang obtained his doctorate. graduated in December 1995. His research focused on federalism in China and his thesis was entitled “Fiscal Decentralization, Public Expenditure and Economic Growth: The Experience of Post-Reform China”.

Chinese media reported that Zhang was a major force behind China’s successful push to include the Chinese yuan in the IMF’s Special Drawing Rights basket of currencies. Zhang is also known for helping China gain a larger share of IMF voting rights.

Prior to his most recent appointment, Zhang was Managing Director of the Legal Affairs Department of the People’s Bank of China. Prior to joining the People’s Bank in 2004, he held positions at the World Bank and the Asian Development Bank as a Senior Economist.