We just lost a giant in the development economy

By Scott B. ElderNovember 4, 2020September 14th, 2021Development economics
No Comments 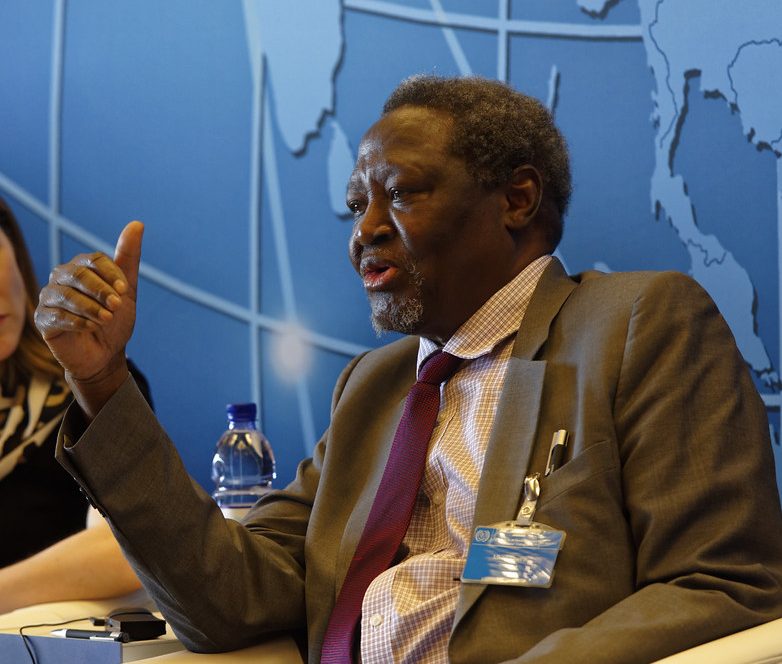 With the passing of Thandika Mkandawire on March 27, 2020, the world lost a development giant, a towering economist, a brilliant thinker and a committed fighter for social justice.

Born in 1940, Thandika first experienced the slap of injustice in her early childhood. One night, trucks arrived with soldiers and took Thandika’s family from their farm in Malawi. They relocated to a town on the Copperbelt in Zambia. There he attended school (for blacks only) and was protected by his family from the brutal inequalities of the time, until one day he and a friend walked into an opulent white residential neighborhood to sell vegetables, and white children insulted and made fun of them. .

As a young man, Thandika began writing for newspapers, but in 1965 he was appointed “persona non grata” in his country, the newly independent Malawi, then ruled by pro-apartheid dictator Kamuzu Banda. He managed to study in the United States (Ohio State University), South Africa (Rhodes University) and Sweden (Stockholm University), where he eventually settled as a political refugee – living proof that refugee policies work.

Soon Thandika excelled as a brilliant researcher. He realized that he did not have to spend his years in exile outside Africa, awaiting the liberation of Malawi (he would not return until 1994 after thirty years of exile). In 1982 he moved to Harare, working at the Institute for Development Studies of Zimbabwe, and in 1986 to Senegal, where he became Director of the Council for the Development of Social Science Research in Africa (CODESRIA) based in Dakar.

From 1998 to 2009, he was Director of the United Nations Research Institute for Social Development (UNRISD) in Geneva, then professor at the Institute for Future Studies in Stockholm and holder of the African Development Chair at London School of Economics (LSE). It was in Geneva that I first met Thandika who, unlike many academics and UN bureaucrats, was passionate and full of life. His writings are so powerful because he has firsthand experience with issues of development and social injustice.

His work on “Targeting and Universalism in Poverty Reduction” (2005) opened my eyes – and remains relevant today. As developing countries tried to build their universal social protection systems after independence, the debt crisis and adjustment period of the 1980s interrupted the process and pushed governments to abandon universalism for Less expensive, minimal and targeted safety nets for the poor, accompanied by private services for the rich. The inequitable American model has been imported into developing countries. At a time when the world is ideologically tilting towards neoliberalism, blind to its shocking inequalities, Thandika has courageously championed social policies and the developmental state, as shown in her excellent work on Social Policy in a Development Context (2004).

Thandika had a curious and lively mind, attached to difficult truths, as evidenced by her works such as “Disempowering New Democracies” (2006), “Maladjusted African Economies and Globalization” (2004) and “The Spread of Economic Doctrines and Policymaking in Africa. postcolonial ”(2014), among many others. I must also mention his very important book, African intellectuals, political culture and development (2002).

Thandika Mkandawire was a humble human being. He was truly a kind, modest, warm soul, laughing at everything and generous with his time with people. He could go from serious analysis to hilarious observation in a second, and he still had human stories to share. There has been a cascade of sad social media posts since his passing; he was loved by so many people.

The last time we met he was tired (I didn’t know he was sick), but after a few drinks he explained with the same passion as always his research on African industrialization: realizes that all the conditions are there! I asked him his opinion on some things at the UN, and we ended up laughing at the bureaucrats, their ridiculous ideas and the way things are – the same as usual. “Don’t compromise,” he told me, “you start to compromise on a little thing and soon you are one of them.” It was Thandika – he was a mentor and an inspiration to many of us.

The world has indeed lost a giant, an exceptional economist committed to social justice. He was an intellectual hero, fighting against the tide, one of the best directors of all time at the United Nations. Few people on this planet have taken such gigantic strides – from a small village in Malawi to a distinguished professor in some of the best universities in the world. What would the ignorant white children who laughed at Thandika think now, if they knew?

Sincere condolences to his wife Kaarina, his family and his friends. He will be sorely missed. But his thoughts and memories remain with us. Hasta siempre, Thandika.